An Alternative to Philips Hue

Following on from my original post about building my own gate sensor, the project has grown into a home automation system. Now I am living in my new house, I want to be able to control some lights (inside & out). All the outside light fittings take GU10 bulbs. The inside fittings are a mixture of the same, plus a few B22 fittings. Feature wise I am not fussed about bulbs which can change color. I just want a decent API for controlling the lights from Node.

My research kept leading me to Philips Hue, but is it so expensive. The hub alone is nearly £50. Just to replace the 8 bulbs outside would cost me a few pennies under £450 (including the hub). I spent quite a while looking for alternatives.

I found Osram Lightify. It is a similar setup to how Philips Hue works – a hub & lightbulbs which communicate via wi-fi. The price is a lot less. The Hub cost me £29.95 & is a lot smaller than the one used by the Hue system. 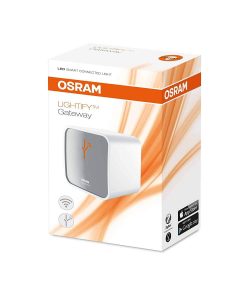 For the bulbs, I was recommended some by a company called Innr. Their bulbs are actually compatible with both Lightify & Hue systems. The GU10 bulbs are £15.99 each, which gave me a total cost of £157.91 (including the hub) to replace all my outside bulbs. A massive saving over going with the Hue system. 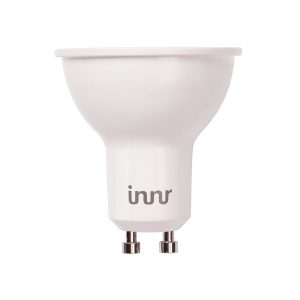 The bulbs work perfectly with the Lightify hub. Currently, I am using them on a time-based schedule set in the Lightify App but have found some Node modules which will allow me to control them in any way I want via my own code.

Check back soon to see how I use Node to control them.